The Church of Christ the Savior in Pristina has again been desecrated.  The  Albanian ‘musician’  Era Istrefi filmed a video for her song, where they appeared almost nude with obscene choreography in the Orthodox church in Pristina. Like in some obscure satanist ritual, there are several almost nude dancers jumping in the Christ the Savior Orthodox church. The … END_OF_DOCUMENT_TOKEN_TO_BE_REPLACED

If the truth is the first casualty of any war, history is the casualty of  every criminal and unjust intention That's easy to see through the school books for the Albanian students.  A geography textbook that the Beta news agency has had a chance to see thus reads that "eastern Kosovo" was "given to Serbia" in this way, … END_OF_DOCUMENT_TOKEN_TO_BE_REPLACED

Excerpts from different Encyclopedias - The original settlers of geographical regions of Bosnia and Herzegovina are SERBS. They were, until recently, the LARGEST ethnic group there. (This collides with the claim of the Western press that Serbs are aggressors in Bosnia.  How can one be an aggressor defending OWN property?) FACTS EASY TO CHECK: Encyclopedia Britannica, Edition … END_OF_DOCUMENT_TOKEN_TO_BE_REPLACED

The following article was written by a Bosnian Muslim blogger a few years ago, I read it then and later forgot about it.  Since it was last year when I heard from several sources the same (or at least very similar) story and it brought me back to the article, so I put it in … END_OF_DOCUMENT_TOKEN_TO_BE_REPLACED

Leaving ancient monasteries in Kosovo to Albanians would be the same as entrusting extinguishing to the same arsonist that kindled the fire.  When PR agencies and corrupted governments write history, mankind gets into the collapse of common sense, and that's the case with so-called Kosovo (i.e. another Albanian territory created by the West and Turkey). … END_OF_DOCUMENT_TOKEN_TO_BE_REPLACED

I remember watching ancient Orthodox Christian monasteries in flames in Kosovo dozen of times. Old, noble constructions, spiritual and historical testimonies of past times. I also remember that majority of Orthodox Christian monasteries, churches and relics have been attacked and destroyed after NATO forces (officially: KFOR) took full control of the Serbian province. It amazed … END_OF_DOCUMENT_TOKEN_TO_BE_REPLACED

Sixty passengers lost their lives and four were wounded during the bombing of the Nis ekspres bus near the village of Luzani. On that occasion NATO warplanes bombed also the ambulance which came to help the victims when one doctor was injured on 1 May 1999. Niš Ekspress bus after  NATO shelled it 1 May 1999. … END_OF_DOCUMENT_TOKEN_TO_BE_REPLACED

Since I observe more and more Turks claiming that they brought  'Civilization, tolerance,  noble culture, prosperity and respect for the non -Ottomans,  and even more Bosnian and Albanian Muslims  who dream the return of the Ottomans in Balkan again,  let  us  see what are they actually up to. From mid-15th century for the next four centuries … END_OF_DOCUMENT_TOKEN_TO_BE_REPLACED

In the time when neo Ottomanism is back and has already 'gently' conquered Balkans (through their proxy,  Bosnian Muslims and Albanians as well as through the movies and music),  Turkey attempts to present the Ottoman rule in Balkan as 'bringing the mercy and civilization to the barbers '  and the ' centuries of great prosperity, peace and … END_OF_DOCUMENT_TOKEN_TO_BE_REPLACED

Islamic Community of Bosnia amends their  Constitution  in order to create a single Muslim  organization in Balkans, where the role of Ulema will be empowered.  The Assembly of the Islamic Community in Bosnia and Herzegovina is finalizing a series of public hearings in the region in order to amend the Constitution platforms that will enable … END_OF_DOCUMENT_TOKEN_TO_BE_REPLACED

War on Identity – the abuse of Kosovo toponym

Every now and then we are being bombed by some terms in order to get used to them and accept them as something regular, accurate and correct. Such a thing happened with the toponym of Kosovo. The same method was applied in Bosnia and Hercegovina, i.e with the toponym of Bosnia, which once was an […]

From the very beginning, Bosnia and Hercegovina has been established by three (later two) parties who couldn’t find common interest. One side, without any rights, considers itself as ’’masters’’ or ingenious inhabitants of Bosnia, which is ridiculous. Encyclopedia Britannica, Edition 1971 Reference: EB, Edition 1971, Volume 3, page 983, Entry: Bosnia, history Quote: SERBIAN SETTLEMENT […] 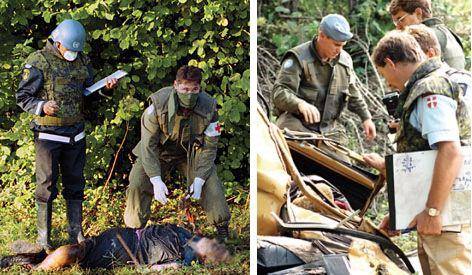 ‘‘This is a Serbian Village, Slit All Throats!” – 9. September 1993. – 9. September 2019 – 26 years since the Medak pocket massacre. September 9. marks a sad anniversary of the massacre Croat forces committed in the villages and hamlets south and southeast from the town Gospić in Serbian Krajina, called Medak Pocket (Medački […]

The Memorial in Honour of 6 150 Serbs Murdered by Bosnian Muslims and Croats in Stari Brod, Visegrad presented 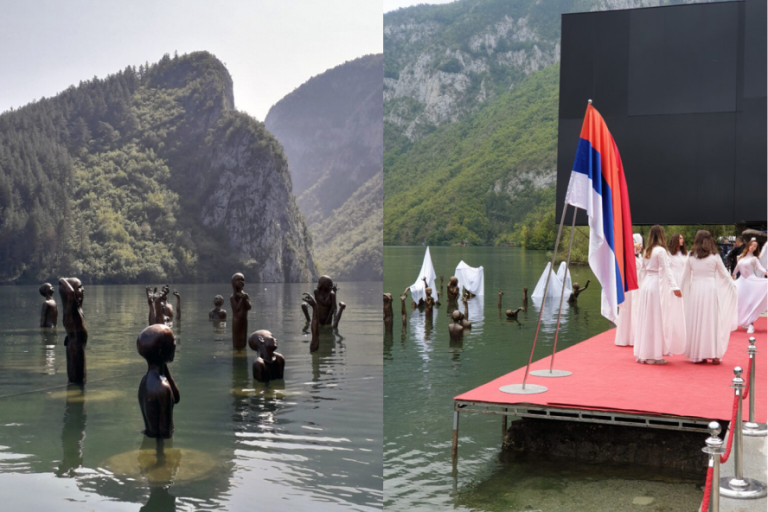 In Stari Brod near Visegrad, the Memorial Museum was consecrated as well as parastos (an Orthodox Christian memorial service) for the Serb victims of the Bosnian Muslims and Croats, who were allied to Nazi Germany. The suffering of 6,150 Serbs in the Sarajevo-Romanija region and Podrinje on March 42 on the banks of the Drina […]

New Attacks on remaining Serbs in Croatia: КNIN – A group of masked attackers broke into a cafe near Knin and physically attacked locals who were watching a Red Star (Serbian football team) Young Boys (Switzerland) match.   The second incident took place in Djevrske near Kistanje, that was also an old Serbian area. photo: Serbian […] 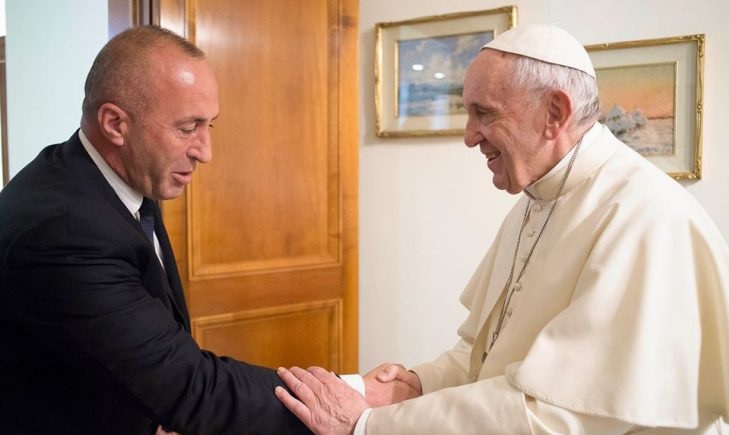 – Does the Vatican know what the Albanian bishops in Novo Brdo are doing? – the question many Serbs asked these days. The Albanian Roman Catholic mass was Served in Serbian ancient town and mine, Novo Brdo, in Serbian Orthodox Church of Saint Nikola. All was done secretly and illegally, as is usually done by […]

By the decision of the Riyaset of the Islamic Community in Bosnia and Herzegovina, on 19. June the  Ṣalāt al-Janāzah ( صلاة الجنازة‎), the Islamic funeral prayer took place in Bosnia as well as in Raska, a region in southern Serbia inhabited by Bosnian Muslim majority who call it ”Sandzak’. The Janazah was served in absentia for the decades-long Muslim Brotherhood […] 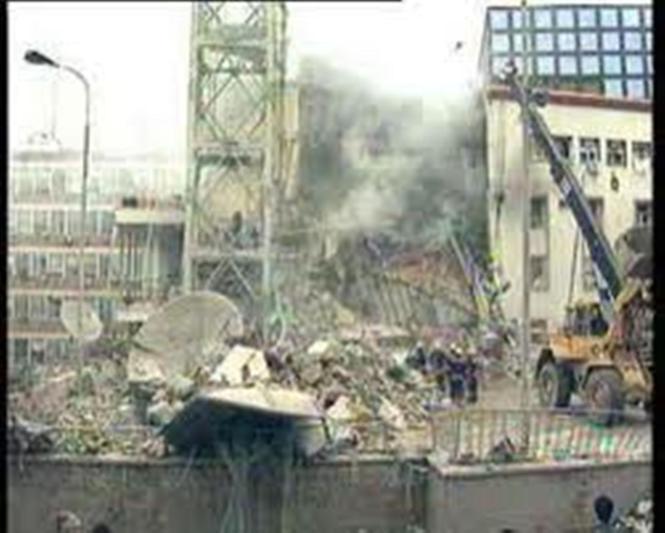 Today marks 16 years since US-led NATO coalition struck Serbian state television  – Radio and Television of Serbia (RTS), murdering 16 of its employees.  There was 16 employees and staff who were brutally massacred one night. Someone somewhere decided that those people had to die. Nineteen more were wounded. In mid-April, NATO Air Commander, David Wilby, announced that […]

The New Zealand Massacre as a Weapon Against Serbs

How the globalist media and their local outlets use the New Zealandian tragedy to continue a decades-long war against Serbs –   Neither the massacre occurred in Serbia, nor the perpetrator was Serb or of Serbian descent but the Serbs are responsible. This burlesque reminds on Cato the Elder (234–149 BC), who used to finish every […]

Kosovo – The Drug Trade Is Entrenched in NATO Politics

Kosovo Liberation Army and Albanian Sponsors Have Well Documented Roots in The Heroin Trade By Michael C. Ruppert for Fromthewilderness An exceptional record of respected media sources from the U.S. and Europe have documented that the Kosovo Liberation Army and their Albanian sponsors are heroin financed organized crime groups struggling to dominate the flow of middle […]